In 1934, Heinrich W. Muhr founded the company Muhr & Söhne as sole trader in Bruchwalze/District Olpe. In 1937, H.W. Muhr acquired the brickworks Bruchwalze (founded in 1899) which had shut down their production activities some years before. However, after the successful installation of an artificial drying system and two extruders, the brickworks Bruchwalze needed to be closed in 1965 due to the construction of the Biggetal Dam.  As a compensation, H.W. Muhr acquired the brickworks Ignatz Pastor in Emmerich on 1st March 1956. The company was specialised in the manufacturing of hand-formed soft-mud bricks and had a long company tradition. In 1875, Johannes Pastor (born 26 March 1838 in Mehr/District Rees) founded a traditional brickwork company near Hüthum. At that time, the green clay bricks, consisting of soft clay, were formed with bare hands on the plain ground and draught under free-field conditions. In 1885, the company of Johannes Pastor was entered into the commercial register of Emmerich as the second company. By the end of the 19th century, Wilhelm built a new brickworks together with his father Johannes. Johannes Pastor's youngest son Ignatz and his adopted son Johannes were assigned the assets of the company. 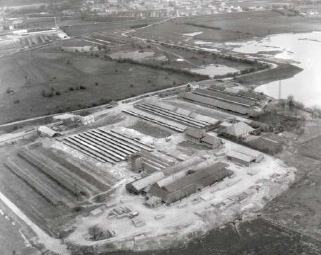 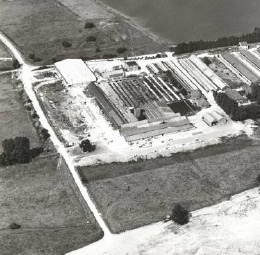 During an air raid in the 2nd World War, both owners of the brickworks Ignatz Pastor died. In 1948, the community of heirs sold the brickworks to the company Püttmann. In addition to bricks they also produced so called "Hüthumer Heilerde" (healing earth). Püttmann grinded unfired bricks and sold the clay as healing earth. In 1954, the company Püttmann declared bankruptcy.

A wooden frame was used to improve the forming of the bricks. The workers put this frame on plain, sanded ground and filled it manually with clay. In the very beginning, only one green clay brick was used, later they invented multiple forming frames. After that, the multiple forming frames were put together with a ground plate and filled with clay at one specific location. The filled forming frames were collected in trays and moved to the drying area where they were put down on the sanded ground. 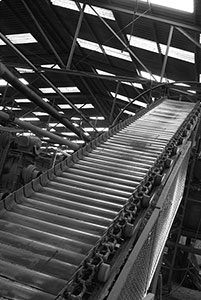 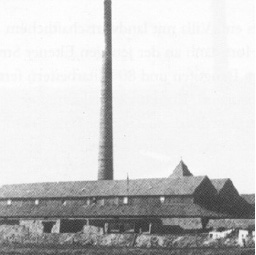 On 1st March 1956, Heinrich Wilhelm Muhr took over the factory at Spillekensward. In 1964, an artificial drying system was built. Metal plates served as supports for the unfired bricks. These forming frames automatically performed cycles but were still filled by hand. The old Hoffmann kiln of the former company Pastor was extended by 6 chambers and no longer lighted with coal but with domestic gas. In 1966, the first mould press was installed in order to fill the forming frames automatically. As these bricks had a different surface texture, the real Muhr hand-made bricks needed to be produced manually and parallel.

From 1968 to 1973, a new plant was built with the support of local building contractors. The first kiln was built by the company Ooms-Ittner' and the second by the company Walter. With two moulding presses it was possible to produce about 25 millions of bricks per year. In 1970, Wolfgang Muhr took over the management of the company. Until 1979, an additional part of the plant was built in parallel. Moulding presses, a drying system and kiln number three and four were set up. With four moulding presses and 130 employees, we reached a production capacity of 50 million bricks per year. With our daily production capacity, 20 detached family houses could be built. As a result of constant modernisation and further production process improvements, we currently employ 40 staff. In 1988, the first partly automated unloading and packing system was built followed by a new clay preparation in 1989. 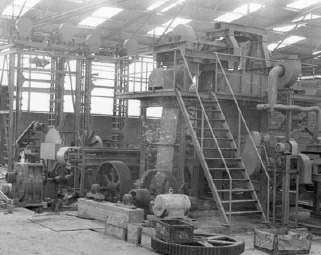 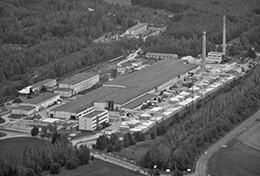 In 1991, Wolfgang Muhr acquired the clinker plant Lichterfeld (BBG) from a trust. This plant being the most modern factory of the German Democratic Republic was built between 1986 and 1988 by the state-owned brick combine Großräschen because of the clay and sand deposits resulting from open cast mining.

In December 1993 and January 1995 the high water of the Rhine flooded the company site. We were able to keep our production activities running with only small exceptions during that time. From 1993 to 1997, the setting and unloading systems have been renewed completely. In 1995, we further enlarged our product range by a new section for ecological building materials and removed kiln number 1 and 2. Since then, we are producing unfired light weight clay bricks and clay boards . In 2000, all tunnel kiln car transporting systems and transfer cars of the drying chambers were replaced and linked. We are constantly working on the modernisation of our kiln and on the drying techniques. Since 2004, Maik Muhr, third generation brick maker, took over the technical lead of the company. 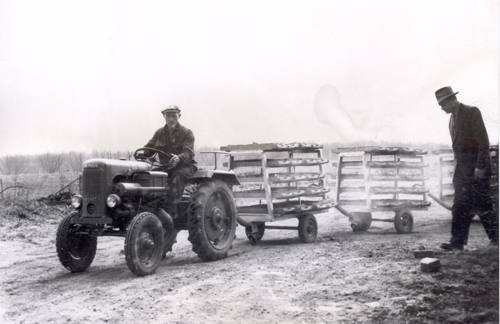